Established by Ivy Lo & Stephen Ho, 2 experienced choral conductors and music educators. The mission of TTV is to provide professional choral training so that our children in Toronto can experience the beauty of harmony. TTV holds regular rehearsals during weekends in Markham area. Vocal techniques are taught through interactive activities with additional choral and ensemble trainings. A wide range of repertoire is introduced such as Hebrew, Latin, Russian and folksongs of other countries. With the purity of treble voices, TTV members are able to experience the natural beauty of harmony in music. 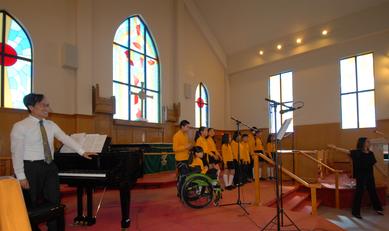 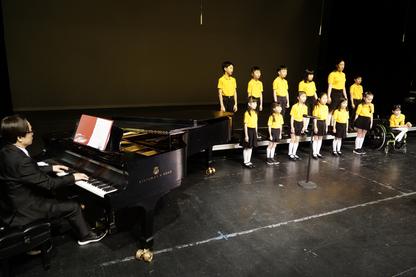 Began her piano study at the age of four, Ivy won many prizes in the HK Schools Music Festival as a soloist and an accompanist during her school years. In 1984, she obtained LRSM in piano performance. She was the winner of Young Musicians’ Awards―― Ensemble Playing in both 1985 and 1986. During her study at CUHK (music), she was awarded academic scholarship for her outstanding achievements. After her graduation, she further obtained her Diploma in Education with Distinction (CUHK) in 1995.

Ivy has been playing an active role in choir, instrumental ensemble & orchestra. She has performed with HK Philharmonic Orchestra, HK Sinfonietta, Cantacore Society, HKUST Choir. She worked in the Music Office, HK Children’s Choir, and HK Academy for Performing Arts. As a choir coach and conductor, she led choirs to perform overseas such as Macau, China, Japan, Italy, USA, Canada and Australia. Her performances include repertoire from Reniassance to contemporaries.

As a music educator in HK, she has led the choirs of her Alma Mater, to win over more than 30 schools in 3 consecutive years and was then invited to perform at the winners’ concerts held at St. John’s Cathedral. She was also the conductor of a joint choir with 600 choristers to perform at the Canonization of Sr. Bakhita at the HK Coliseum conducted by the late Cardinal John Baptist Wu. During her service at St. Paul’s Co-educational College, the Treble Choir has been awarded Best Junior Choir of the Year (secondary school) 7 times in HK Schools Music Festival. In her last year of service in 2012, her choir was even awarded the grand award, Most Outstanding Secondary School Choir of the Year 2012. Throughout these years, Ivy led her choir to win one gold diploma and two silver diplomas in the World Choir Games 2008 and 2010 in Austria and Shaoxing. In the same year, she also recorded excerpts of Vivaldi’s Gloria with the choir in CD Faith, Hope & Love In May 2012, the choir was awarded the highest Diploma of Gold in Venezia in Musica 2012 (Venice, Italy) under her training & conducting.

She also recorded excerpts of Vivaldi’s Gloria with the choir in CD Faith, Hope & Love In May 2012, the choir was awarded the highest Diploma of Gold in Venezia in Musica 2012 (Venice, Italy) under her training & conducting.

After returning to Toronto in the summer of 2012, Ivy has joined the Toronto Season Choir and St. Agnes Kuoying Tsao Catholic Church Choir. In 2013, she was invited to set up a children choir for the Church. With her experience and support from the church, the choir had made their debut at the Markham Theatre within 5 months. Under her baton, musicals like Fiddler On the Roof, Phantom of the Opera, My Fair Lady, West Side Story, Joseph & the Amazing Technicolor Dreamcoat, were put on stage since 2013.

Ivy’s experiences and passion in choral music are always being shared with different organizations. She has been invited to give seminars and workshops on techniques of Choral Singing. In June 2013, Ivy was invited to conduct OCMS Choir. Through her recent years in Toronto, she has performed with different choirs at Markham Theatre, Chinese Cultural Centre of Greater Toronto, Good Shepherd Church, Toronto United Church, City Play House…etc. In November 2014, she led 3 different choirs with over 120 singers on stage, to perform music by John Rutter at P.C. Ho Theatre.

Under her guidance and coaching, Ivy has led 2 choirs came first at Toronto Kiwanis Music Festival 2015. With well-received comments from the adjudicator, both choirs were awarded Gold Award and was being recommended to participate in the Provincial Music Festival. 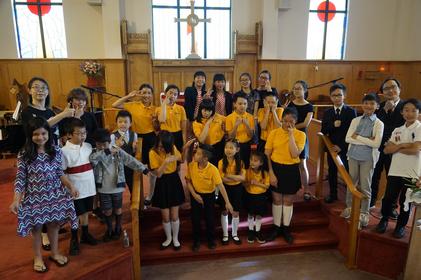 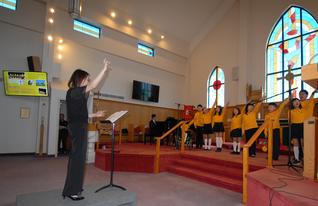 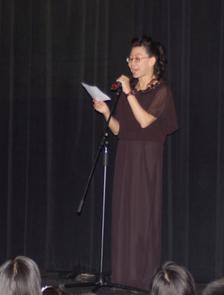 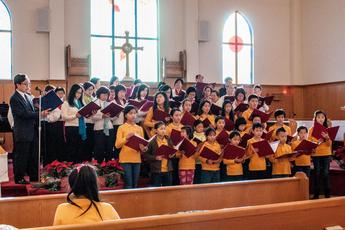 we emphasize in singing technique, discipline and enjoyment of music 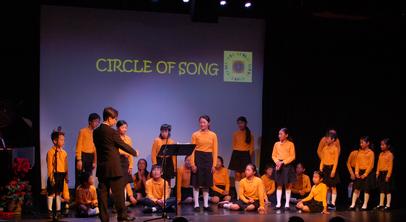 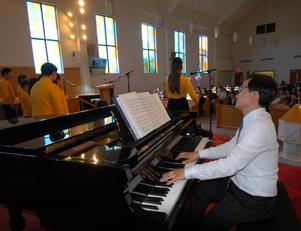 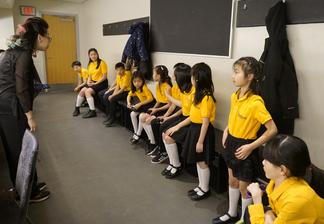 Our Conductor and Music director 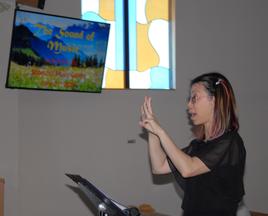 Our manager and accompanist

Mr. Ho graduated from Hong Kong Baptist University with both Bachelor and Master of Arts degrees in music. He studied voice and conducting with Dr. Arlis Hiebert and toured around North America as soloist and chorister with the University Choir. He learned piano with late Mr. Yuen-Shun Shiu and obtained Licentiate Performer’s Diploma from Trinity College of Music (London) in 1989.

Stephen had been a full time staff, teaching music theory as well as musicianship from elementary to advance levels at Music Office of the Hong Kong Government for over 20 years. He was also actively involved in training children and youth choirs. As a conductor, accompanist and manager of the Music Office choirs, Stephen was nominated to participate in “Taipei International Choral Festival 2009” in conductors’ workshop and worked with Kare Hanken (Norway) - jury of the first Choir Olympics. During his service in Music Office, he had performed/worked with world renowned choral conductors who inspired him so much. Among them were late Dr. Elmer Thomas (USA) – founder of a leading choral programs at University of Cincinnati; Dr. Axel Theimer (Austria) - member of the Vienna Boys Choir, Minnesota Music Educators Association’s Hall of Fame; Jean Ashworth Bartle (Canada) – founder of the Toronto Children’s Chorus, Fred Sjoberg (Sweden) – member of Choir Olympics Council and “Conductor of the Year” by Swedish Choral Directors Association.

Apart from local performances in HK, he also led choirs to perform overseas such as Japan and Malaysia which included winning the “Open Class Mixed Choir Competition” in “A Voyage of Songs – International Choral Festival” in Penang 2009. He came to Canada in 2012 and was invited to join the board directors of Ontario Cross-Cultural Music Society the next year. Being invited to conduct choirs at St. Agnes Kuoying Tsao Catholic Church, he brought the musical medley of “The Phantom of the Opera” in 2014 and "West Side Story" in 2016 at Flato Markham Theatre. He also serves as an organist and cantor in the church. He is now the manager as well as accompanist of Toronto Treble Voices which was founded by him and his wife. In addition to training choir and teaching theory, he has been teaching piano for over 30 years and some of his students are now music professionals in HK, Canada and USA. He is a member of Ontario Registered Music Teachers’ Association (ORMTA) as well as Canadian Federation of Music Teachers’ Association. 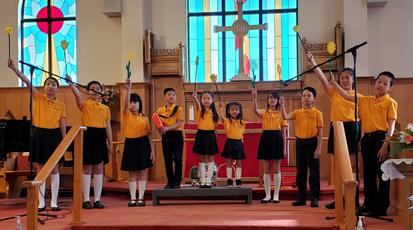 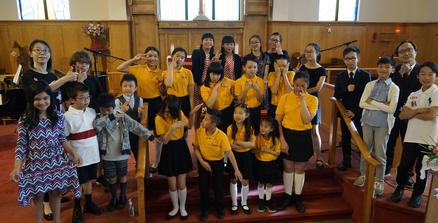 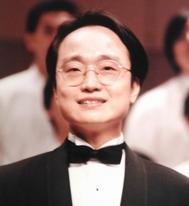